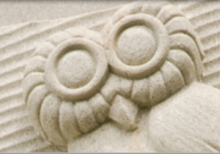 John Crum is a fourth year graduate student with research interests focused on the history of the U.S. South. He graduated from The McCallie School in Chattanooga, Tennessee in 2013, and received a Bachelor of Arts degree from Washington and Lee University in 2017. His Honors Thesis, The Many Wars of William Clift: A Southern Unionist Odyssey Through Political Resistance and Civil War, 1850-1864 was completed under the supervision of Dr. Barton A. Myers. John was a co-recipient of the Ollinger Crenshaw Prize in American History, and received a William A. Jenks Award in support of graduate study from the History Department at Washington and Lee. During his undergraduate career, he was a member of Phi Beta Kappa, a tenor in the Washington and Lee University Singers, served as Co-Director of Communications for The 26th Washington and Lee University Mock Convention, a non-partisan political research project, and served on the Student Body Constitutional Review Committee. At Rice, he plans to focus his research on the development of southern cities during the antebellum period, the Civil War, and Reconstruction.