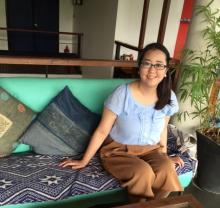 My doctoral dissertation examines how different institutions in the late antebellum period New Orleans, such as municipal government, police authorities, workhouses, charity organizations, and the military, sought to regulate bodily autonomy and economic viability of working-class women who were deemed “lewd and abandoned.” The disorderly behavior of these “lewd and abandoned” women posed a threat to the social order, and there was a prevailing idea that they needed to be rescued and reformed. What made these women “lewd and abandoned” was their labor, or the lack thereof, as a result of which they were arrested in the streets as vagrants or prostitutes. Their dishonorable presence was a source of fear and there was a growing sense of urgency to contain them through regulations imposed by public institutions.

“For the Relief of ‘Lewd and Abandoned’ Women: The Urban History of Gendered Labor and Control in Late Antebellum New Orleans"