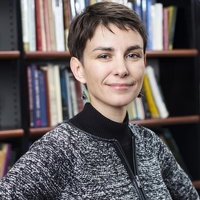 Dr. Soifer Irish works on the history of interfaith relations in medieval Spain and the Mediterranean.  Her first book, Jews and Christians in Medieval Castile: Tradition, Coexistence, and Change, was published in 2016 by The Catholic University of America Press.  It explores the changes in Jewish-Christian relations in the Iberian kingdom of Castile during the pivotal period of the reconquest and the hundred years that followed the end of its most active phase (eleventh to mid-fourteenth century).  Focusing especially on the Christian heartland north of the Duero River, known as Old Castile, the book offers a detailed investigation of the Jews' changing relations with the monarchy, the church, and the towns.

Dr. Soifer Irish’s next project, with a working title Between Splendor and Tragedy: The Making of Christian Seville in the Fourteenth Century, will examine interfaith coexistence and its breakdown in the century-and-a-half between the conquest of Seville and the anti-Jewish riots of 1391. By focusing on the city that became the epicenter for the riots, she hopes to explore the causes of the violence and explain why Spain was set on the path toward ending its religious pluralism.

Some of Dr. Soifer Irish’s articles are available here.

Among the courses Dr. Soifer Irish has taught at Rice are “Jews and Christians in Medieval Europe,” “Medieval Civilizations,” “Coexistence in Medieval Spain,” “Medieval Borderlands,” “Religious Violence and Tolerance in the Middle Ages,” “Medieval Violence,” and “Medieval Mediterranean World.”